Cosmetic Surgery To Get The K-Pop Look 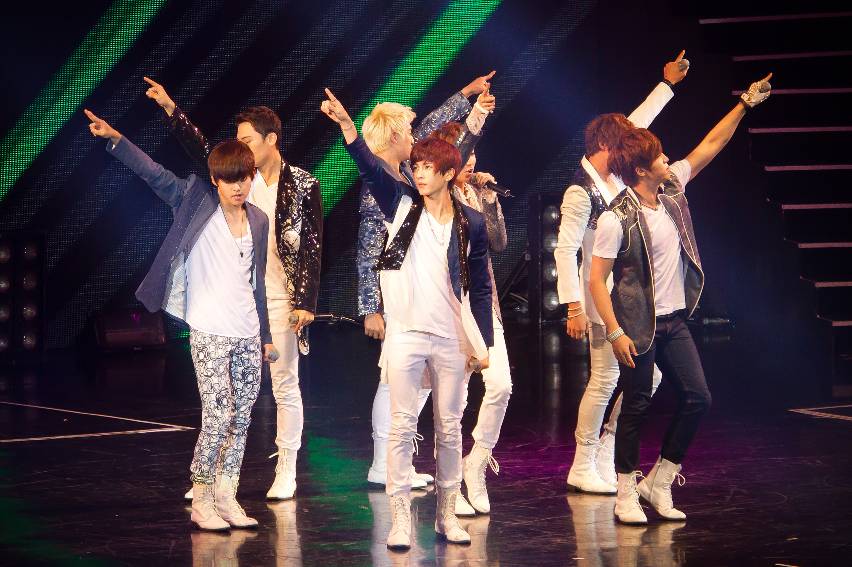 The K-Pop Look Can Be Yours. 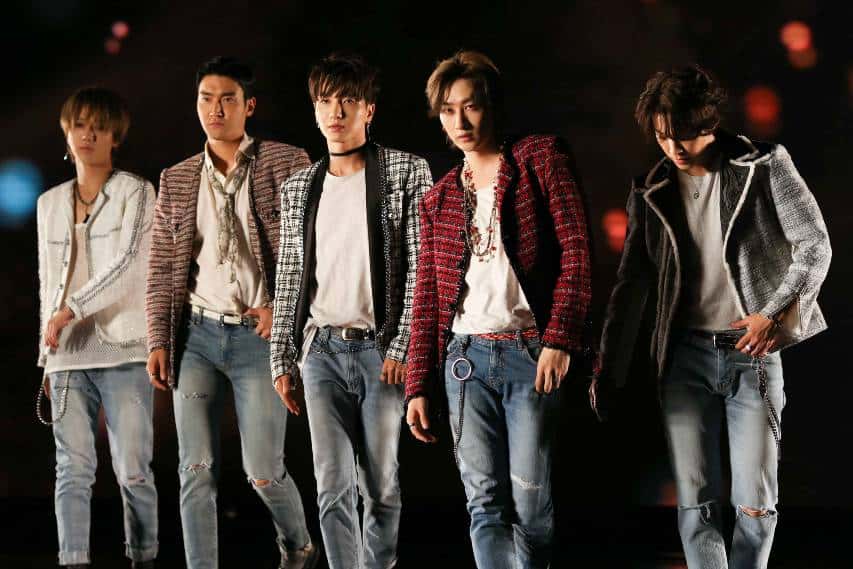 South Korea has become a global trendsetter in beauty and plastic surgery. The country has some of the highest rates of cosmetic procedures performed worldwide. What makes South Koreans love their plastic surgeries so much?

South Korea has is known as a nation obsessed with beauty. In fact, according to the World Health Organization (WHO), South Korean women spend more time and money on beauty care than anywhere else in the world.

South Koreans are also among the top consumers of cosmetic surgery globally. According to the International Society of Aesthetic Plastic Surgery, nearly half of all cosmetic procedures performed around the globe happen in South Korea.

According to the WHO, people undergoing plastic surgery in South Korea have increased by 300% since 2000. The most popular procedures are rhinoplasty, eyelid surgery, breast augmentation, facial fillers, and nose reshaping. The popularity of these procedures is likely due to South Korean culture. In particular, the importance placed on physical appearance is a significant part of South Korean culture. South Korean women expect to be thin and beautiful from a young age, and it is considered an embarrassment for them to be overweight.

The Korean Association for Plastic Surgeons estimated that the number of Korean men who have had cosmetic surgery stood at around 15% of the population in South Korea. It is also well known that about 44% of Korean male college students have either already undergone plastic surgery or have plans to undergo a procedure in the future.

In Seoul, choosing a clinic to get the K-Pop look is easy. Advertisements shout at you from every street corner. A group of friends can spend a day at a Seoul surgery and come out looking like a new pop group.

But suppose you are of Korean descent and don't live in Korea; what are your options? Well, unsurprisingly, there are clinics in the United States and Europe that can turn you into a K-Pop idol overnight.

Dr Douglas Steinbrech, an NYC plastic surgeon who specializes in Korean (K-Pop) plastic surgery for men, says, “I am seeing more and more men from Korea who have cosmetic procedures to enhance their looks. I perform standard procedures for these patients, including facelifts, upper and lower eyelifts, chin and jaw augmentation, neck lifts, botox, fillers, and rhinoplasty.

All of these procedures are available at Manhattan Plastic Surgery for Men. Douglas Steinbrech is a Board Certified Plastic Surgeon and an expert in the field of facial plastic surgery. 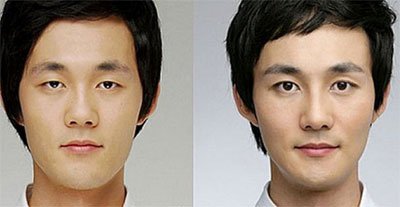 On the West coast, the Korean community is well served by surgeons such as Dr Kenneth Kim are board-certified plastic and reconstructive surgeons born in South Korea and raised in Seoul and Southern California.

Eyelid revision surgery – Part of cosmetic surgery to get the K.Pop look.

One of the better known Asian-look specialists in the UK is Mr Mark Ho-Asjoe, a Consultant Plastic Surgeon at St Thomas' Hospital.

Mark Ho-Asjoe also specializes in minimally-invasive aesthetic face and body reshaping using toxins and dermal fillers and is skilled in non-surgical procedures. Like all Asian specialists, he is a dab hand at double eyelid surgery and rhinoplasty.

The procedure to recreate a crease in the upper eyelid in Asian patients is performed very commonly in Asia. In France, however, it is a little-known surgical procedure that only certain cosmetic surgeons perform. It requires a great amount of practice, rigorous training and extreme surgical precision.

It was described for the first time in 1896 and several different names exist for the operation:

The best-known surgeon for this type of operation in France is Dr Vincent Masson. Hs office. in the 17th district of Paris near the Parc Monceau

If you are planning to get any type of cosmetic surgery, I strongly suggest you do your research and find a reputable surgeon. Do not go for the cheapest deal. You might end up with a botched job that ruins your appearance.

To learn more about cosmetic surgery, check out the links below.

Mind Plastic Surgery caters not only with local but also international patients.
With their motto [ Upright mind, truthful treatment, satisfactory result ], Mind strives to provide safe and truthful treatment to assist patients in achieving their beauty goals.
Surgery consultation is performed 1:1 between patient and doctor with customized surgery plan based on the patient's condition. 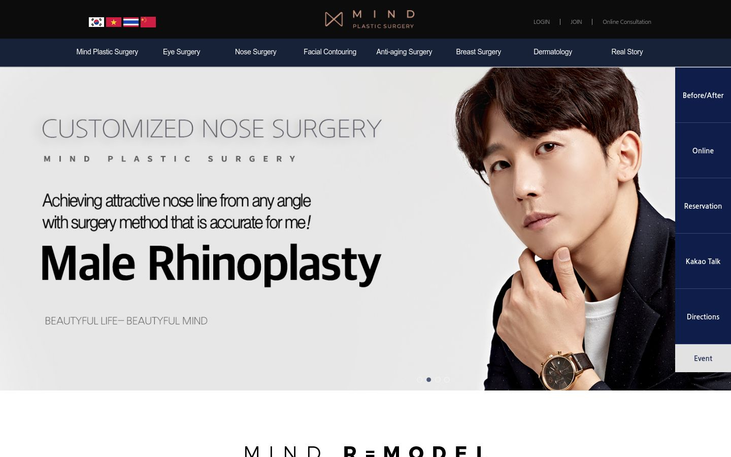 Dr Julian De Silva is a renowned surgeon who specialises in only facial plastic surgery . With an international client base and use of pioneering regenerative medicine, he has built a reputation natural looking signature blepharoplasty, rhinoplasty, face and neck lift surgery. Voted internationally as one of the top 10 plastic surgeons in the world.

Dr. Kenneth Kim is a board-certified plastic and reconstructive surgeon born in South Korea, and raised in both Seoul and Southern California. As an active member of the American Society of Plastic Surgeons, the American College of Surgeons, and one of Korea’s leading plastic surgery groups – Dream Medical Group – Dr. Kim has extensive knowledge and experience in Asian cosmetic and reconstructive surgery. In addition to running his practice where Dr. Kim specializes in Korean aesthetic surgery, Dr. Kim also devotes his time teaching others as Assistant Clinical Professor at UCLA School of Medicine and as Clinical Instructor at Seoul National University. 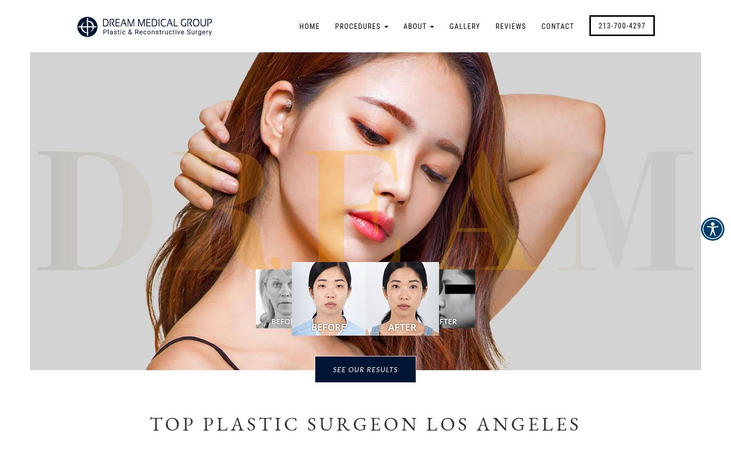 Cinderella Surgery is a Korean clinic specialising in Asian cosmetic surgery. Inspire by aesthetic trends such ax K-Pop this surgery offers a wide range of surgical procedures for the Asian beauty market. These include facial contouring and 2 Jaw surgery as well as revision eyelid surgery. The chief surgeon is Jong Pil Chung a very impressive professional background.

FacePlus Clinic is renowned for its superb levels of quality, care, professionalism and patient satisfaction, with over 25,000 patients benefiting from procedures with us. Safety is paramount and Face Plus clinic is proud of our accident-free record.

Dr. Park, the lead surgeon, holds numerous qualifications including a Bachelor, Master and Ph.D. degrees from Korea’s number one University, SNU. His involvement in pioneering R&D projects has resulted in advanced surgical treatments and techniques being rolled out across our clinic. His superior surgical skills have ensured FacePlus Clinic has positioned itself as the leading plastic surgery hospital in Korea and is always committed to delivering surgical excellence. 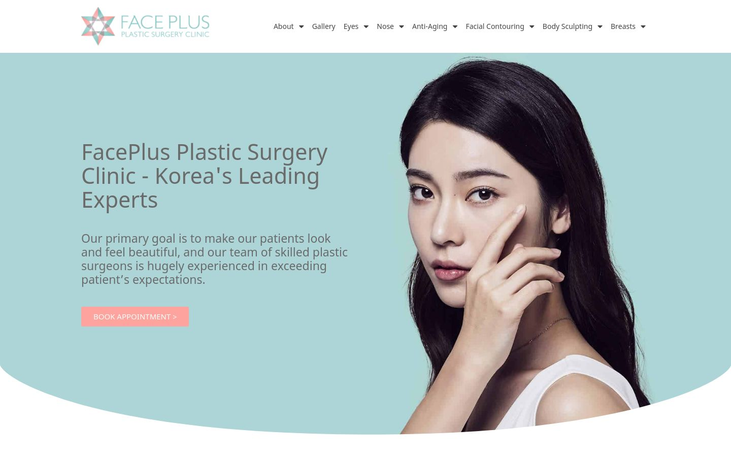 Mr. Mark Ho-Asjoe is a Consultant Plastic Surgeon at St Thomas’ Hospital, London since 2003. He graduated in 1989 from the Royal College of Surgeons in Ireland and began his surgical training in the U.K. After obtaining the gold medal in primary FRCS and completing the basic surgical training, he started his Plastic Surgery specialist surgical training after spending time in research concerning wound healing and burns.
He is the go-to surgeon in London for clients looking for Asian aesthetic surgery. 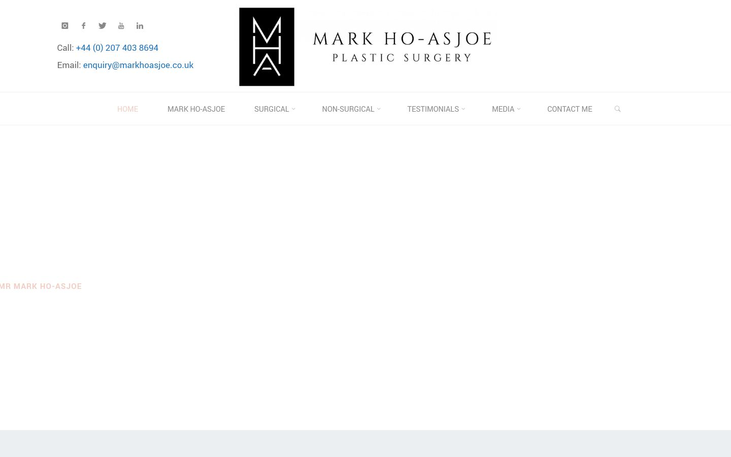 David Cheung David is a full time ophthalmic and oculoplastic consultant for both the Dudley Group of Hospitals and the Sandwell & West Birmingham NHS Trusts serving Birmingham, West Bromwich and Dudley. In addition, David also runs a busy private practice specialising in all aspects of cosmetic and reconstructive eyelid surgery and lacrimal orbital disease.
It is his skill with eyelid surgery that makes him so well qualified in providing cosmetic eyelid surgery for the Asian community. 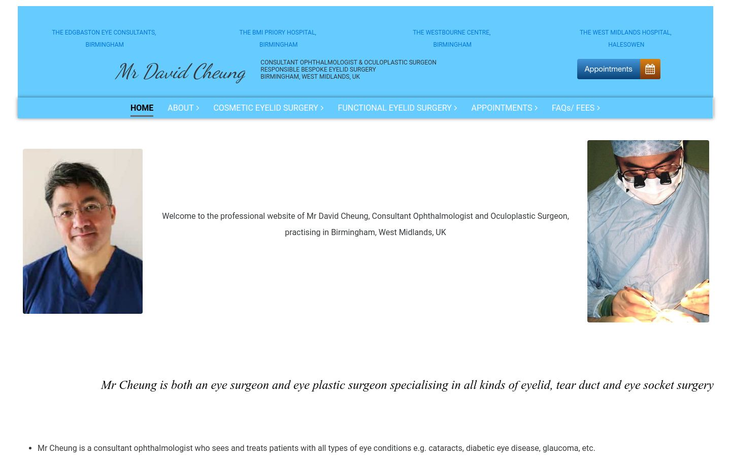 With 29 years’ profound experience & expertise, HERSHE focuses on Anti-aging & Art of beauty in order to maintain youthful & natural beauty. A well respected and long established clinic in Seoul. they offer most types of cosmetic surgery in modern surroundings. they are very well regarded in their breast augmentation work and have an impressive client list amongst local celebrities. They also offer laser and non-invasive treatments. 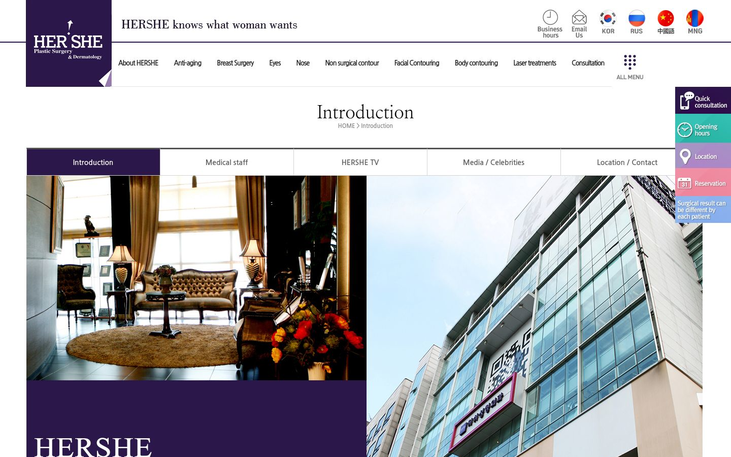 Surgeon is cool, don't talk much but his art works is unbelievable, amazing. Helen is handling good, very good, beautiful and nice girl, doing really well, no one can beat. Manager good looking young guy, nice smile. They're low profile, really excellence! lucky to met hershe. Will be first choice for other upcoming surgeries. Our company will be happy to support Hershe~' artiste giving them full rating. Thanks!  Liqu Production
__________________________________________________________________
Thank you so much for all the staff including Helen and especially Dr.Kim Eung Sam who has performed rhinoplasty and Motiva breast surgery for me. Obviously, his works are just great and I would recommend my family and friends for sure!!! I'm happy with their excellent surgery skills and customer service. Hershe definitely needs more good reviews.  Icecream Vanilla 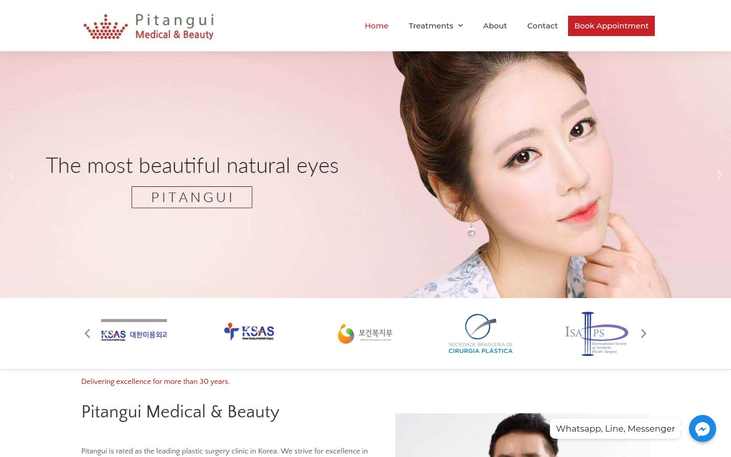