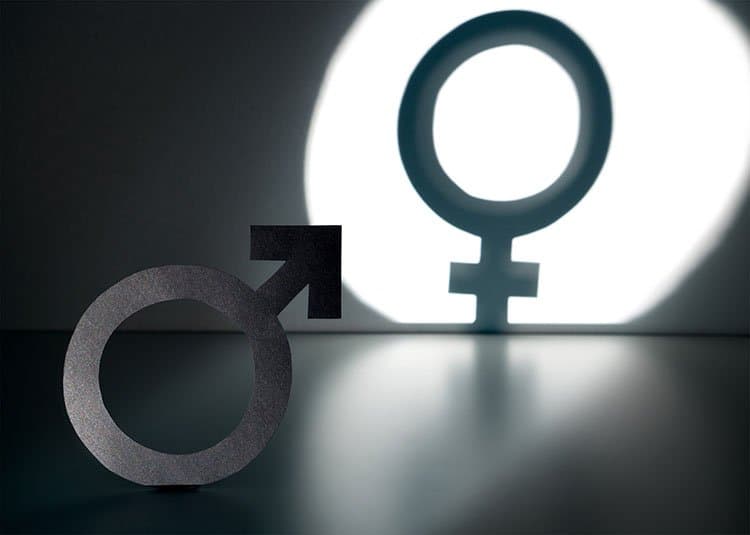 For the majority of patients undertaking SRS, the surgery is performed in order to match their physical gender with what they feel emotionally and intuitively is their correct gender. This syndrome, known as gender dysphoria or gender identity disorder, is infrequent but getting more widely diagnosed. You may also hear these individuals being referred to as “transgender.”.

Gender identity struggles usually begin in early childhood but descriptions of feeling like a man trapped inside a woman's body, or vice versa, have been identified in and reported by people of all ages. A person living with this an internal conflict may develop anxiety and depression, and go on to be diagnosed with gender dysphoria, formally known as gender identity disorder 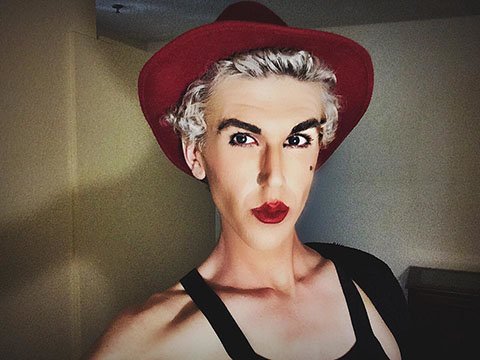 (GID). Gender dysphoria is a mental health condition that can arise when a person lives with ongoing feelings of being physically incongruous with his or her birth sex — and medical intervention may be beneficial. Identifying as transgender, itself, is considered by scientists to be, at least in part, biological and not a mental illness

For those born male and transitioning to female, there may also be procedures that include breast implants, gluteoplasty to increase buttock volume, a procedure to minimize the appearance of the Adam's apple, and possibly, feminizing hormones.

Facial feminisation surgery (FFS) is often done to soften the more masculine lines of the face.2 Each patient is unique and the procedures that are done are based on the individual need and budget, but facial feminization often includes softening the brow line, rhinoplasty (nose job), smoothing the jaw and forehead, and altering the cheekbones. For some, a chondrolaryngoplasty, commonly known as a “tracheal shave,” can help reduce the prominence of the Adam's apple.

The procedures that change the genitalia are rarely performed without other procedures, which may be extensive. For those born female, the change to a masculine appearance may also include hormone therapy with testosterone, a mastectomy, a hysterectomy procedure, and perhaps additional cosmetic procedures intended to masculinise the appearance.

But does GRS really work for everyone? 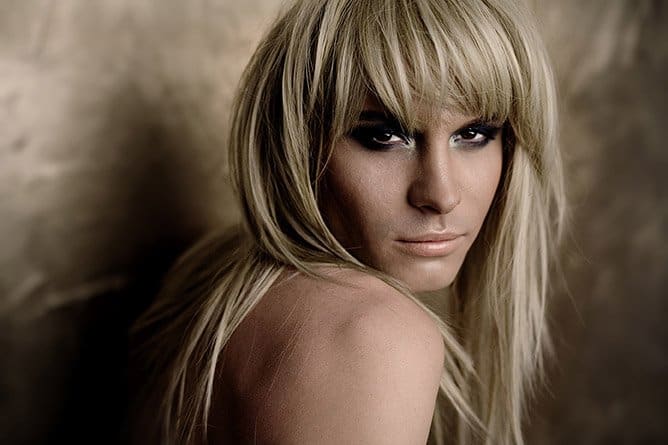 Medical evidence suggests that sex reassignment does not adequately address the psychosocial difficulties faced by people who identify as transgender. As Ryan Anderson points out in his book ‘When Harry Became Sally'  ‘even when the procedures are successful technically and cosmetically, and even in cultures that are relatively “trans-friendly,” transitioners still face poor outcomes'.

There are strong arguments on both side of the line and this is not really the place to debate them since the argument as to whether sex can be truly reassigned is an enormous political and cultural battlefield.   Experts like Dr Lawrence Meyer from Princeton is quite clear on the subject:

Cosmetic surgery and cross-sex hormones can’t change us into the opposite sex. They can affect appearances. But they can’t transform it. They can’t turn us from one sex into the other.  “Scientifically speaking, transgender men are not biological men and transgender women are not biological women. The claims to the contrary are not supported by a scintilla of scientific evidence,” explains Mayer.

But what is certain is that there is a substantial demand from men and women who feel that their lives can be radically improved by trans-gender surgery  and the job of our site is to guide them to reliable surgeons around the world who have extensive experience in this kind of work.  We are also including a list of helpful organisations that will advise and guide you in your quest for the right answers.

The market is large and is trending ever upwards. Global Market Insights, Inc. has recently added a new report on sex reassignment surgery market which estimates the global market valuation for sex reassignment surgery will exceed US$ 1.5 billion by 2026. Rise in number of sex reassignment surgeries across the globe will be a major factor driving factor. The growth of market can be attributed to the increasing patient pool with an inclination towards changing sex from male to female as well as female to male. The number of such patients has increased nearly four times in the past years.

Germany dominated the European market and was valued at USD 15.9 million in 2019. The growth can be attributed to the development of lesbian, gay, bisexual and transgender (LGBT) rights in Germany. Also, improving healthcare facilities and presence of doctors, surgeons and clinics specialised in sex reassignment surgery will further boost the market growth over the forecast period. For instance, HELIOS Hospital Berlin-Zehlendorf provides female to male sex reassignment surgeries.

There are major facilities in the UK also driven by the LGBT movement.   The UK also has some excellent support groups such as.  FORGE  and  FTMMentors. Some of the other major players in the market include Some of the leading players in the sex reassignment surgery market share include Bupa Cromwell Hospital, Yeson Voice center, Chettawut Plastic Surgery Centre, Sava Perovic Foundation Surgery, Phuket International Aesthetic Centre (PIAC), Rumercosmetics, Transgender Surgery Institute of Southern California and Mount Sinai Centre for Transgender Medicine and Surgery (CTMS).  You can also browse through our general listings and you will find many clinics offering these types of surgery at varying price ranges.

This is a 'goto' clinic for Gender Reassignment Surgery (GRS). Dr. Chettawut Tulayaphanich is regarded as one of the great surgeons in this controversial area of cosmetic surgery. With almost 3,000 cases in Sex reassignment surgery and Facial feminisation surgery with satisfactory outcomes. They even offer voice surgery to change a low pitch (Male voice) into a higher pitch pattern with natural voice quality. If you are looking for gender transition surgery this clinic will be high on your list

This clinic is dedicated to genitourinary surgical procedures and ia a European frontrunner in gender reassignment surgery. They are are also highly geared to the medical tourism market with a deep understanding of the needs of the travelling patient. A visit to their website will show you the wide menu of reconstructive and transformative surgeries on offer. If you are searching for this type of surgery you will be reassured by their services. 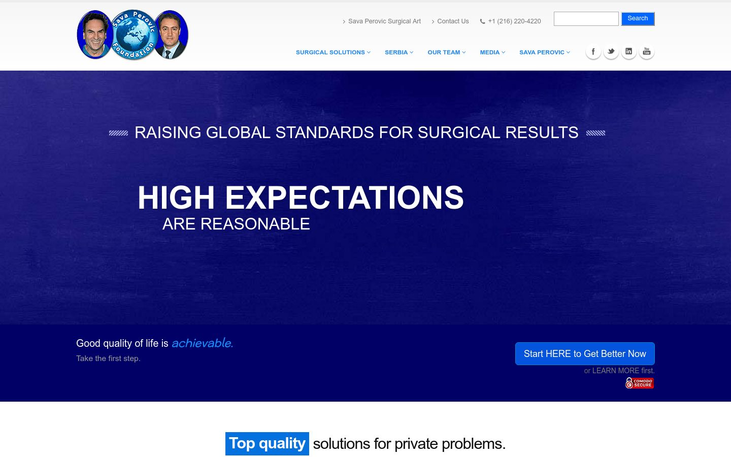 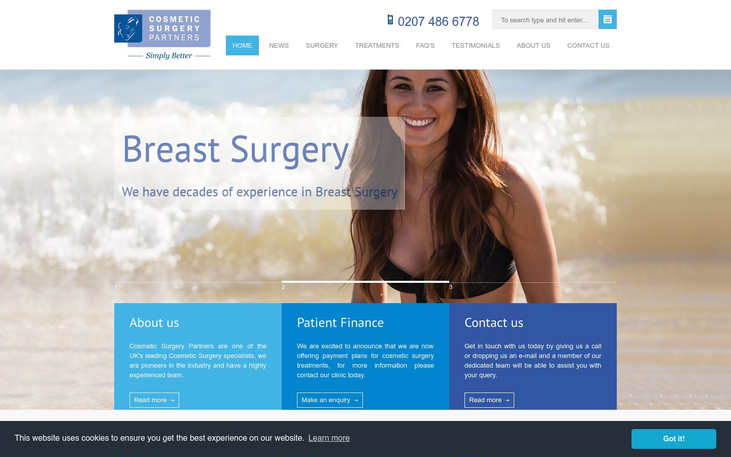 This is a medical tourist's dream location on the fabulous island of Phuket and a renowned clinic to make a gender reassignment surgery. In addition to GRS they offer a comprehensive range of plastic surgery and cosmetic procedures all aimed at reshaping appearance and improving lifestyles, performed by internationally recognised plastic surgeons. 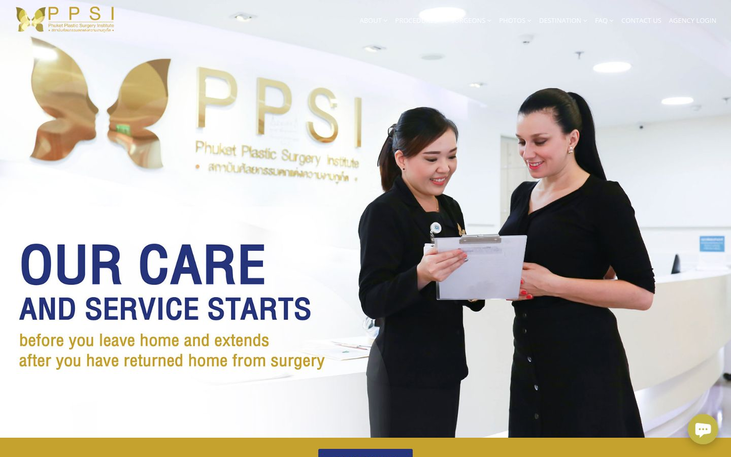 Dr. Kathy Rumer is a leading aesthetic and reconstructive plastic surgeon with a private practice on Philadelphia’s Main Line. Board-certified in plastic surgery, Dr. Rumer’s practice offers state-of-the-art procedures, cutting edge product offerings, and innovative technologies that achieve the maximum results for her patients. This is a top place for gender reassignment surgery. Her reputation is unparalleled in the field so you can put her high on your list. 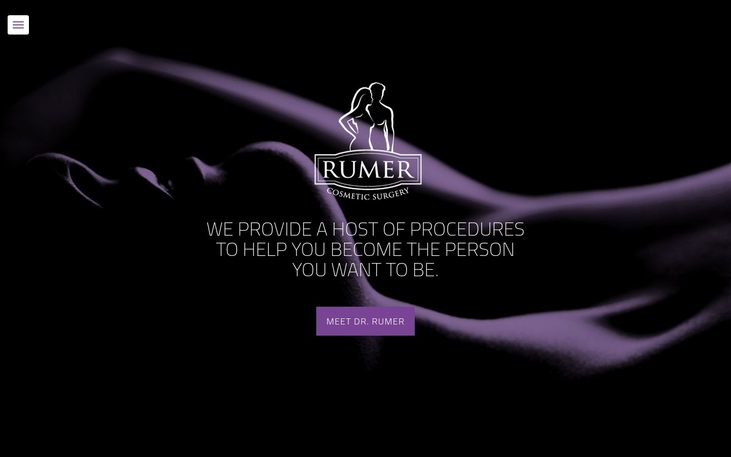 CMTS in New York is a byword in the transgender community. ave expertise in primary care, hormone therapy, behavioral health support, gender-affirming surgeries, and other supportive services. Thus, patients at CTMS can receive primary care, as well as see specialists in the areas of endocrinology, behavioural health, plastic surgery, urology, gynaecology, and more. 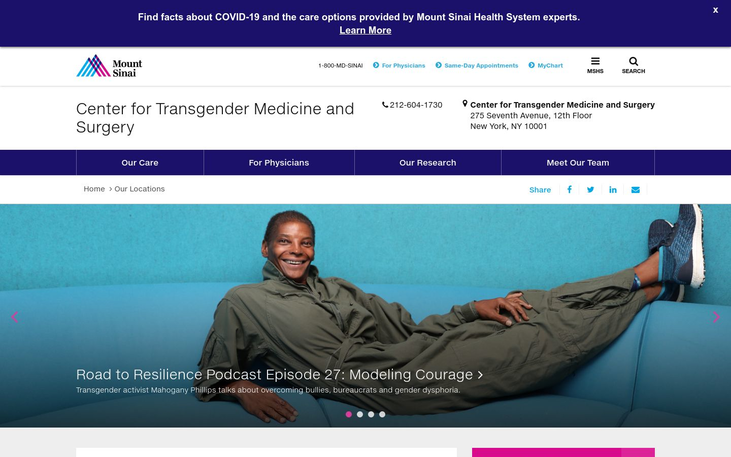 This excellent clinic first established in 1977 and has been consistently the best and most highly thought of SRS clinic in Thailand. Dr Preecha (not yet retired), still actively practices with his skilled team, he lectures and teaches various transgender procedures worldwide, whilst leading a selected group of highly skilled surgeons to provide the highest quality SRS. FFS and other related surgeries at his clinic. 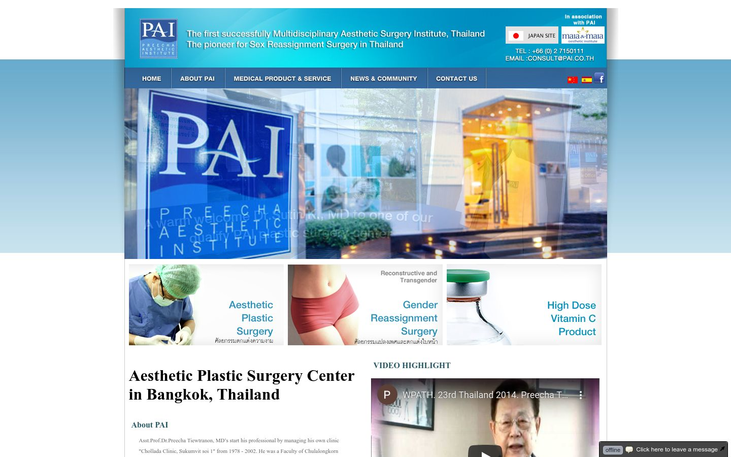 Kamol Clinic in Bangkok is a top destination for transgender surgery They have worked with many trans celebrities - many of whom are pleased to be associated with them on their website. This clinic is a good example why many trans people travel to Thailand for sex change work. 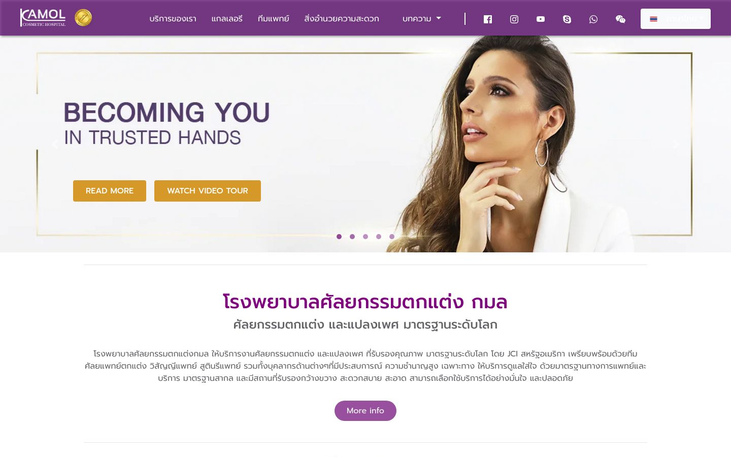 I've been coming here for treatment for some time now and at first I wasn't sure but as time passed I realised the staff were very in tune with the patients and very friendly. I have a fear of needles, but they are brilliant. Hardly feel anything. They offer various treatments so you'd have to check what suits your needs but I can recommend it and will continue here for the foreseeable future Capt Andy R
__________________________________________________________________
Thank you so much. I got just the mastectomy(top surgery) done.I love the result and will recommen Kamol Cosmetic Hospital to ppl who are interested in this special surgery. The doctors and nurses are very professional. Hospital stuffs are nice. they made me feel like home even though I was in the hospital, just like 5 stars hotel and plus I got to choose what kind of food I wanted to eat each meals. After surgery, I felt like my dream came true.
I will come back here again next year to continue my transition(FTM). Juthamard Promchana

Dr Dellinger is well known for his work in MTF breast surgery and also in male penis enlargement and hormone treatments. Additionally his clinic in Austin Texas does the usual range of cosmetic operations. Dr. David Dellinger is an accomplished surgeon double-board certified in both Plastic and Reconstructive Surgery as well as General Surgery. In practice since 1997, Dr. Dellinger has performed thousands of procedures in his career. 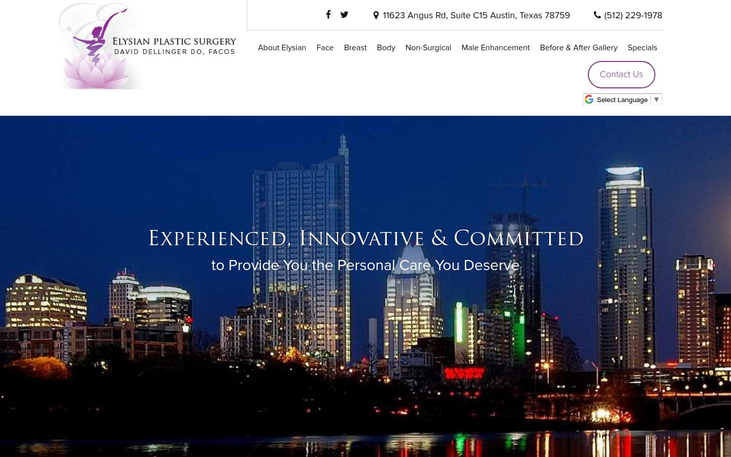 This Belgium based trans specialist clinic has a fine reputation in helping transgender candidates move smoothly into a female role. They offer an integration service for finishing touches such as make-up classes. And all is conducted by a team of highly-qualified practitioners, nurses, and beauticians who practice this day in and day out. We offer body and face feminisation procedures for transgender patients in Antwerp.
Contact initially by email only. 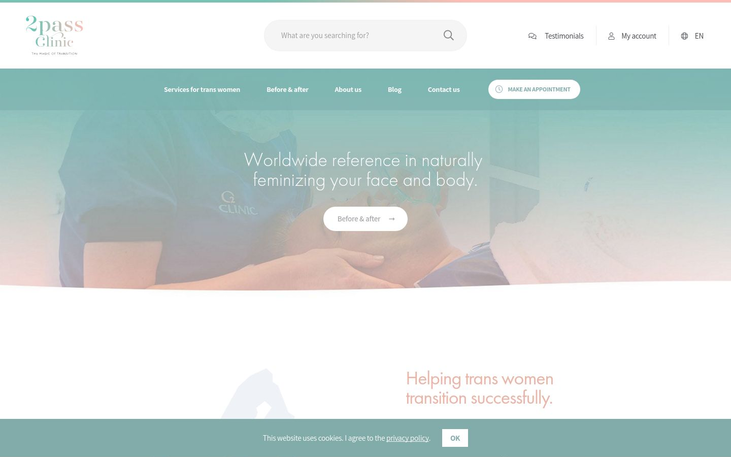 I first visited 2pass Clinic in December 2018 and, arriving there for surgery, I felt quite nervous to say the least. However, it was a fantastic experience - the guesthouse is modern, comfortable, well-equipped and spotlessly clean. All the staff there are so friendly and helpful, and quickly put patients at ease. Returning for further surgery in May 2019, rather than being anxious this time, I actually found myself looking forward to it! Again, my second visit was just as pleasant as the first. I've since returned a few times for other treatments including electrolysis and it is always nice to see everyone there again. I'm incredibly happy with the results from the procedures I've had there and I highly recommend them! Casady Palmer
__________________________________________________________________
After 6 months I can say: the result is above my expectations. Thanks Dr Bart, you are the best! Also thanks to the staff in the clinic who really took care of me.  Elionara Bragios