Emotional distress if your ears stick out isn’t just a childhood issue – schoolyard teasing can be followed in adulthood by ongoing embarrassment and lack of self-confidence in social interactions. This article on otoplasty treatment should offer you hope.

Fortunately, the problem can be fixed with cosmetic surgery for prominent ears, which creates a natural, balanced facial appearance, with permanent results.

Children from the age of five, teenagers and adults with protruding ears can all benefit from cosmetic ear surgery.

The British Association of Plastic Reconstructive and Aesthetic Surgeons (BAPRAS) points out that advances in ear surgery techniques means that patients can now expect even better aesthetically-pleasing results.

Ears that stick out more than two centimetres from the head are considered to be prominent or protruding.

Prominent ear – otapostasis – can affect one ear or both. It’s usually a genetic condition, which results in:

According to the British Association of Aesthetic Plastic Surgeons (BAAPS), up to two per cent of people in the UK consider their ears to be too prominent. 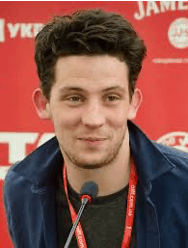 One actor who’s glad he never had his protruding ears fixed –­ despite childhood embarrassment ­– is Josh O'Connor (pictured), whose prominent ears helped him land the role of a lifetime, playing Prince Charles in “The Crown” Netflix series.

Plastic surgery to fix protruding ears through reconstruction is known medically as otoplasty (oto is Greek for ear). It’s also referred to as pinnaplasty (the pinna is the external ear). Plasty means moulding or reshaping.

Otoplasty for an older child or adult is typically carried out with a local anaesthetic, and the procedure entails:

An otoplasty generally takes one to two hours. If you have local anaesthetic, you'll be able to go home the same day. You may need a bandage around your head to help healing and safeguard against infection.

An alternative technique – incisionless otoplasty – can be performed without cutting the skin.

Either way, otoplasty isn’t suitable for children younger than five because their ears are still developing.

Although prominent ears don’t cause functional issues, studies have shown that otoplasty to correct the abnormality results in a better self-image by eliminating feelings of embarrassment.

Problems surrounding otapostasis typically begin when a child starts school, with issues such as “bat ears” taunts from their peers.

Later, men with prominent ears may feel they have to grow their hair long, whether they like it or not. And both sexes can suffer from ear-based jibes in the workplace.

Even royals with protruding ears aren’t immune to ridicule – including acerbic comments from the Queen.

When Her Majesty saw her new-born first grandchild, Prince William, in 1982, she’s reported to have quipped “Thank heavens he hasn’t ears like his father” – a cutting reference to the ear anatomy of Prince Charles (pictured).

Otoplasty to correct protruding ears like those of Prince Charles can dramatically improve your quality of life.

Benefits of otoplasty include:

Otoplasty can also correct other problems such as cauliflower ear – often caused by blunt trauma – and lop ear (when the tip folds down).

Is Otoplasty Right for Me or My Child?

If your protruding ears don’t bother you that much, you may regard otoplasty as an unnecessary inconvenience – if it ain’t broke, don’t fix it.

On the other hand, if, as in many cases, protruding ears are affecting your quality of life, then otoplasty can be your ideal solution – unless, like Josh O’Connor, you’re holding out for a starring role in some future production featuring Prince Charles!

While most cosmetic surgical procedures aren’t recommended for children, otoplasty is the exception.

A child with prominent ears can get many psychological benefits from otoplasty but bear in mind that timing is a key factor, and it’s important to discuss the procedure and your youngster’s overall health with their doctor.

Where Can I Get Otoplasty Treatment?

As a cosmetic procedure, otoplasty isn’t available on the NHS except under exceptional circumstances, and you may have to prove to a psychologist that you’re suffering “significant distress”.

Most requests for NHS ear reshaping surgery are turned down by Clinical Commissioning Groups (CCGs), which replaced Primary Care Trusts in 2013, assuming responsibility for the planning and commissioning of local healthcare services.

Private otoplasty treatment is, however, expected to be widely available again once coronavirus restrictions have been eased – both in the UK and abroad for medical tourists.

In the meantime you can look through our UK listings and other destinations such as Turkey and Prague.  If you fancy combining a trip to Israel with your Otoplasty then the Herzliya Medical Center might also be a good solution.