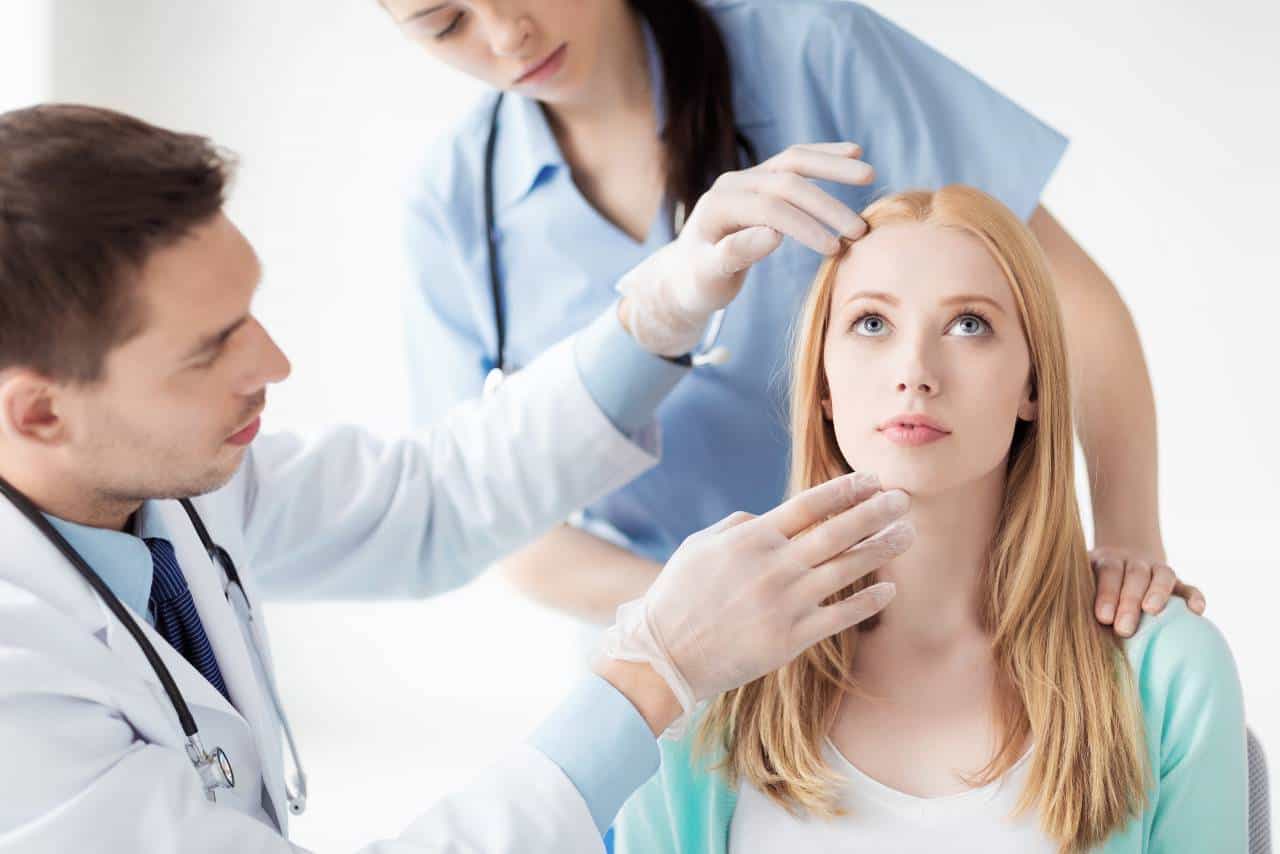 Although the terms ‘plastic surgery' and ‘cosmetic surgery' are often used interchangeably there is, in fact, a big difference between the 2 terms.  When you read about a well-known person having ‘plastic surgery' it might only be referring to a small elective procedure like a brow lift or a vanity nose job.  The real meaning of plastic surgery is that it usually refers to a procedure that is essential or reconstructive. 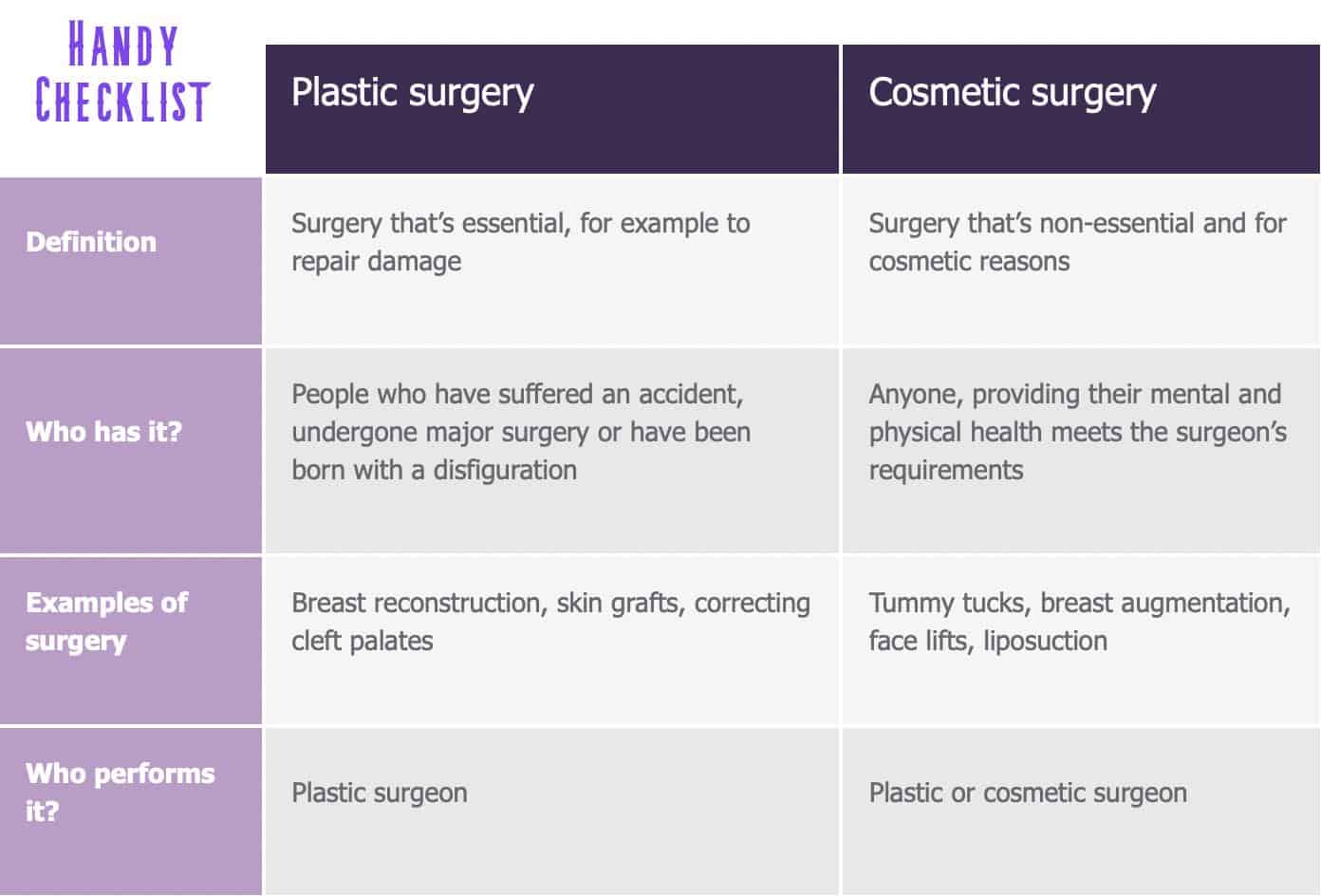 A 2017 report in Plastic and Reconstructive Surgery, found that people were confused between the terms “plastic” and “cosmetic” surgeons. I suppose that the major reason that cosmetic and also plastic surgery get confused is that both include a surgical procedure to transform the appearance of specific areas of the body. However, this is where the resemblances ends. This overview will assist clear up the distinctions in between the two procedures, and highlight when each surgical technique would be appropriate.

In a survey of 5,135 people, 87 per cent believed that surgeons had to have special credentials and training to perform cosmetic procedures or to advertise themselves as aesthetic, cosmetic, or plastic surgeons. More than half were unsure what the requirements were to be “board certified.”

Plastic surgery is a vital treatment, embarked on by extremely qualified doctors to repair problems to the skin as well as tissue that might have resulted from congenital diseases or injuries for example.  The victim of a car crash with ‘life-changing' injuries would be treated by a plastic surgeon. As would a child with a cleft palate.  Whereas a reality TV star might just embark on a life-changing breast enhancement or hair transplant.

Examples of plastic surgery include:

Whilst typical examples of cosmetic surgery include:

There are times, however, when the two disciplines work in combination with each other.  I am thinking here of trans-gender surgery where the major surgery of genital modification,  breast surgery and voice box adjustments would be classified as ‘plastic surgery' whilst some of the ‘feminisation ‘ surgery might fall into the ‘cosmetic' surgery camp.

Procedures such as leg lengthening surgery for increased height would be a plastic surgery operation although it is often elective and for vanity reasons. We recently discussed this type of surgery and although the recovery time is quite short it is still not the sort of job your typical cosmetic surgeon would be involved with.

Also let us consider patients who want an abdominoplasty, commonly known as a tummy tuck.  There are some extremely overweight patients who have had bariatric surgery to shed weight and are left with excess skin which could impair hygiene and prevent exercise.  In this case, plastic surgery would be totally different from a ‘yummy mummy' doing her makeover after childbirth.

Any individual can have cosmetic surgery, presuming that their wellness (both physical and also psychological) satisfies the requirements specified by the doctor. Sometimes it is helpful for a patient to have a psychological assessment if the surgeon suspects the patient suffers from dysmorphia.

Often people who choose to undergo cosmetic surgery have been dissatisfied with a certain area of their body for a long time and also ultimately make a decision to take action to get it enhanced. It is also commonly used to tackle the tell-tale indications of ageing, bust lift surgical treatment, for instance, is used to rearrange drooping busts and many face treatments such as facelifts as well as fillers are made to decrease creases and also drooping skin.

There are, of course, some excellent creams and serums that can help fight the ageing process and be really effective in improving skin tone and lessening wrinkles.  These should also be considered before choosing the surgical path.

Aesthetic surgery is very popular amongst females, nevertheless, it is by no means solely women who decide to ‘go under the scalpel'. Lipo, breast reduction, eyelid surgical procedure and also nose surgery are similarly popular among both males and females, whereas bust enlargements and also tummy tucks tend to be predominantly female.

Men, also choose cosmetic surgery for many reasons, but often it is to help them look younger for longer in their business life or to be more successful in the dating market.   Many in the Incel sub-culture try cosmetic surgery to be more attractive to women and gain self-confidence.  they are often tempted to undertake risky plastic surgery to have larger genitals which can be a dangerous path to follow when there are safer products and methods on the marketplace.  Whist choosing surgery is often touted as an easy and fashionable option, especially on social media, I feel it it is always worth considering less invasive options, even as an interim step.  The boom is ‘tweakments‘  where less invasive procedures are performed can often help patients avoid more expensive and difficult surgeries.

I do hope that this brief article has helped clarify the main differences between ‘plastic and cosmetic' surgery.  It is a question that is often asked by people visiting our website so we wanted to spend a moment discussing it in some detail.