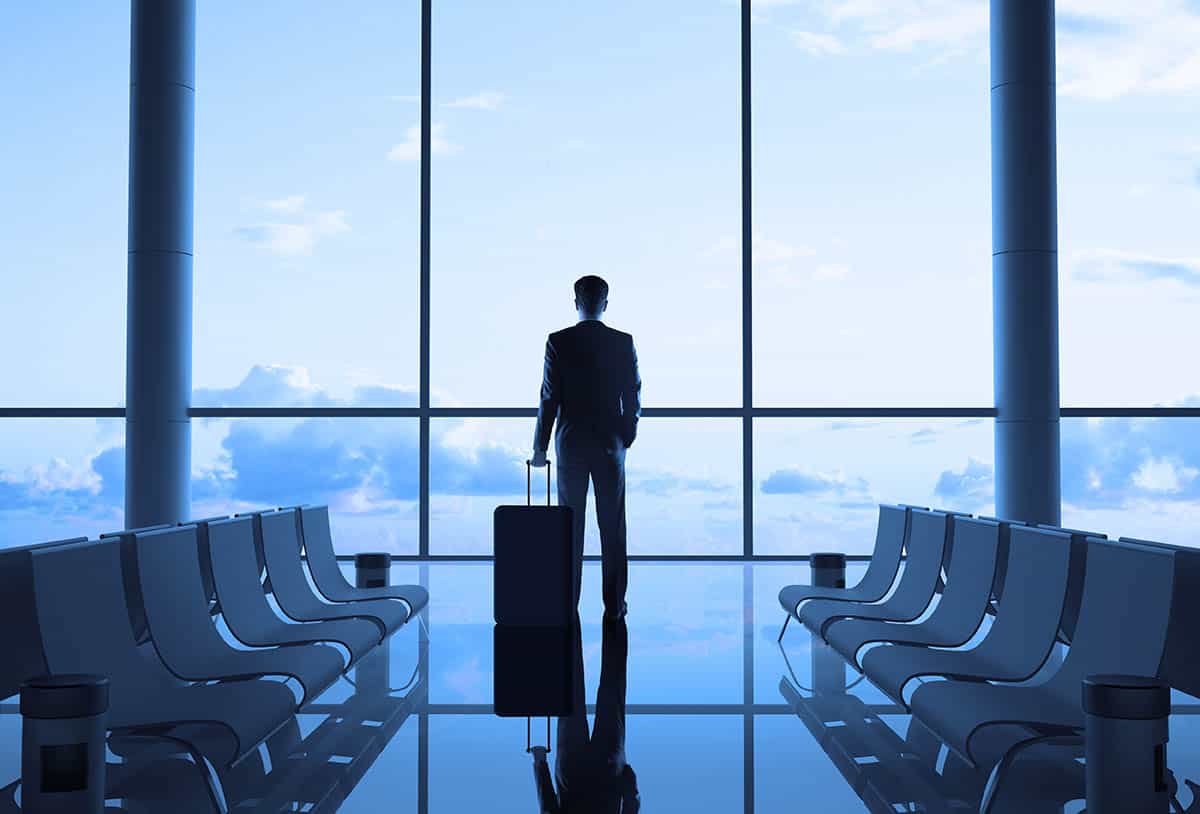 For those of us looking forward to a post-Covid cosmetic surgery tourism travel jaunt the prospects are not looking entirely rosy.  The halcyon days of carefree global travel are behind us for now and we must adjust to a ‘ new normal' as the media keeps telling us. So when we do get moving again what will the new normal look like for airline passengers?
I guess if your mode of transport is your own Learjet then things will look very different to budget travellers looking for a cut price hair transplant in istanbul or  a bargain basement bit of ‘lipo' in Mexico City.  If you were planning on cut-price cosmetic surgery before the pandemic then you probably won't be looking for a first class cabin when it has all blown over.  So what will economy be like when airlines are back to business.
It's clear flying, for cosmetic surgery tourism travel will be different after coronavirus, and while some airlines are discussing the removal of middle seats to maintain social distancing, one airplane interiors company has come up with concepts for adapting economy class cabins.
Italian designers Aviointeriors,  the company behind the standing airplane seat, has unveiled two new seat designs aimed at keeping a safe distance between passengers “in accordance with the new requirements” without compromising too much space onboard.”  So what do they have in mind for us? 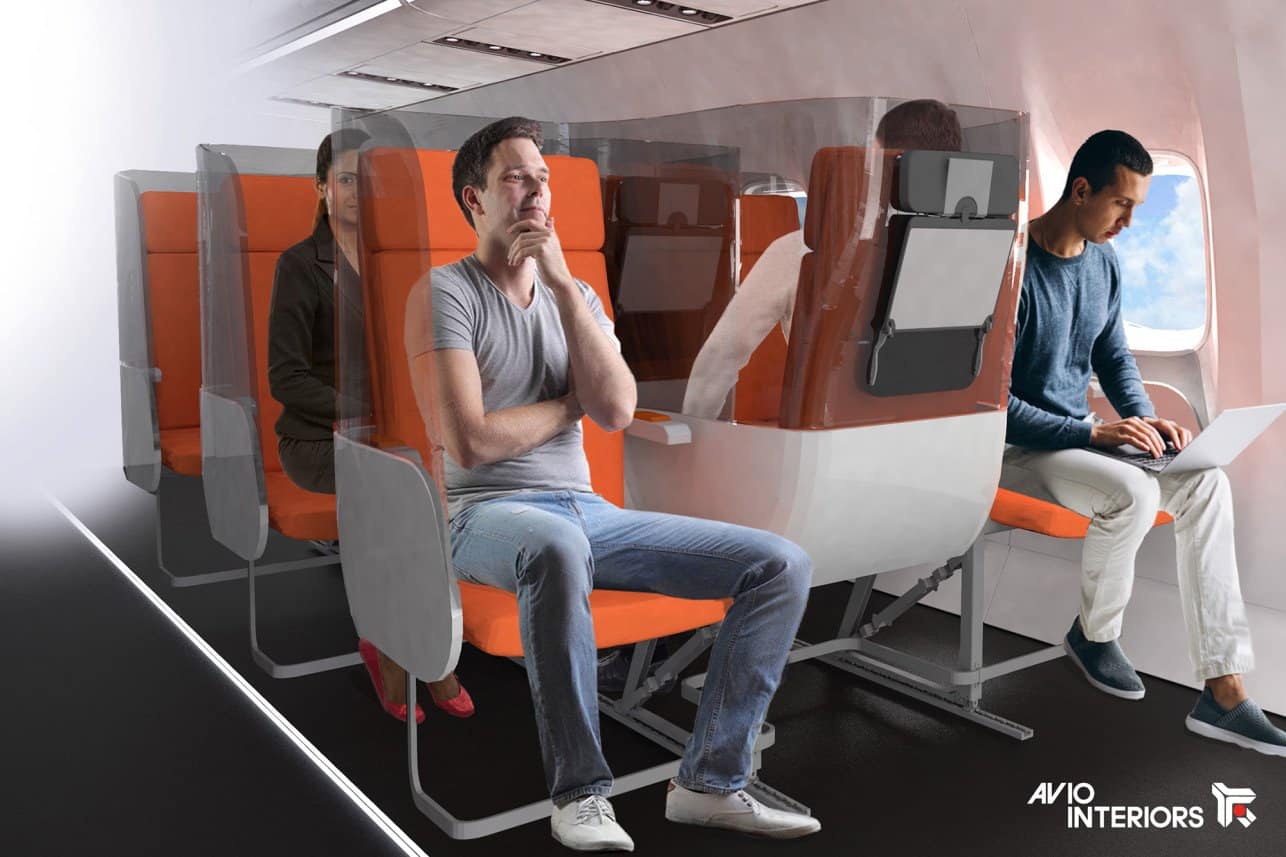 The “Janus” seats are made up of a row of three, with the seat in the middle facing the opposite direction.
Named after a god of Ancient Rome, the “Janus” seat has “two faces” and is made of “easy cleaning” and “safe hygienization materials.”
This is essentially a row of three with the passenger seated in the middle seat facing the opposite direction to those on the aisle and window seat, to ensure “maximum isolation between passengers seated next to each other.”
In addition, each seat is fixed with a three-sided shield “made of transparent material,” to prevent “breath propagation” between those in adjacent seats.
It's not clear whether these seats are intended to fill the entire cabin, but it's been noted that the exit row could not be replaced with a design such as this due to regulatory requirements, which recommend these seats have at least seven inches extra room in case evacuation is necessary.

What do I pack?

Travelling with cabin baggage, for cosmetic surgery tourism travel,  may be banned – with the exception of a laptop, handbag, briefcase or baby items – to keep aircraft interiors as sanitary as possible. Packing lists might include ‘anti-viral fashion’, such as the  Biohoodie that zips across the mouth and nose. And no one will head to the airport without a good supply of face masks (probably home-made so as not to undermine resources for health workers) and surgical gloves (this is a requirement of all Emirates passengers flying from Dubai International right now). Hand-sanitising stations will be installed throughout public spaces.

Inside the airport there could be far more automation – from DIY check-ins and bag drops to robotic cleaners – and fewer staff on hand to help. It’s likely there will be no more person-to-person pat downs at security or handing over paper boarding passes, and there will be protective barriers at any desks staffed by humans. To help reduce gatherings of people in close quarters, waiting areas at the gate, for example, will need to be expanded. (Initially, there will be far fewer people flying so it may not be a major problem.) Queues will be widely spaced. Lounges may remain closed.

I still find it extraordinary that this has happened literally overnight, I pinch myself when I watch the daily news.  Our site was just getting off the ground when Corona hit us but we are still getting quite a lot of site visitors and we add new information several times a week so there are always new articles and reviews to read.  Our most recent feature articles  were about intimate female surgery and at the other end of the body we just published a feature article on chin implants.

When the world came to its abrupt stop it was bit like musical chairs and we got locked down wherever we happened to be at the time.  So I am writing this from my base in Helsinki Finland when I fully expected to be in London or Turkey.  Who knows when the music will start up again?

PrevChin Implant or Filler. Which is Best For You?
Beverly Hills Cosmetic Surgeons Sharpen their Scalpels.Next