The new season of the Bravo's reality show ‘Million Dollar Listing' features residential property brokers Josh Flagg, Josh Altman, David Pames, and Tracy Tutor. Additionally, the program includes an unofficial cast member– Josh Altman's wife, Heather Altman. She joined the real estate sector in 2003 and has been making million-dollar commissions since then. The mother of two is an expert in the property market in LA, and after her debut on Million Dollar Listing, she became a subject of conversation for many followers. 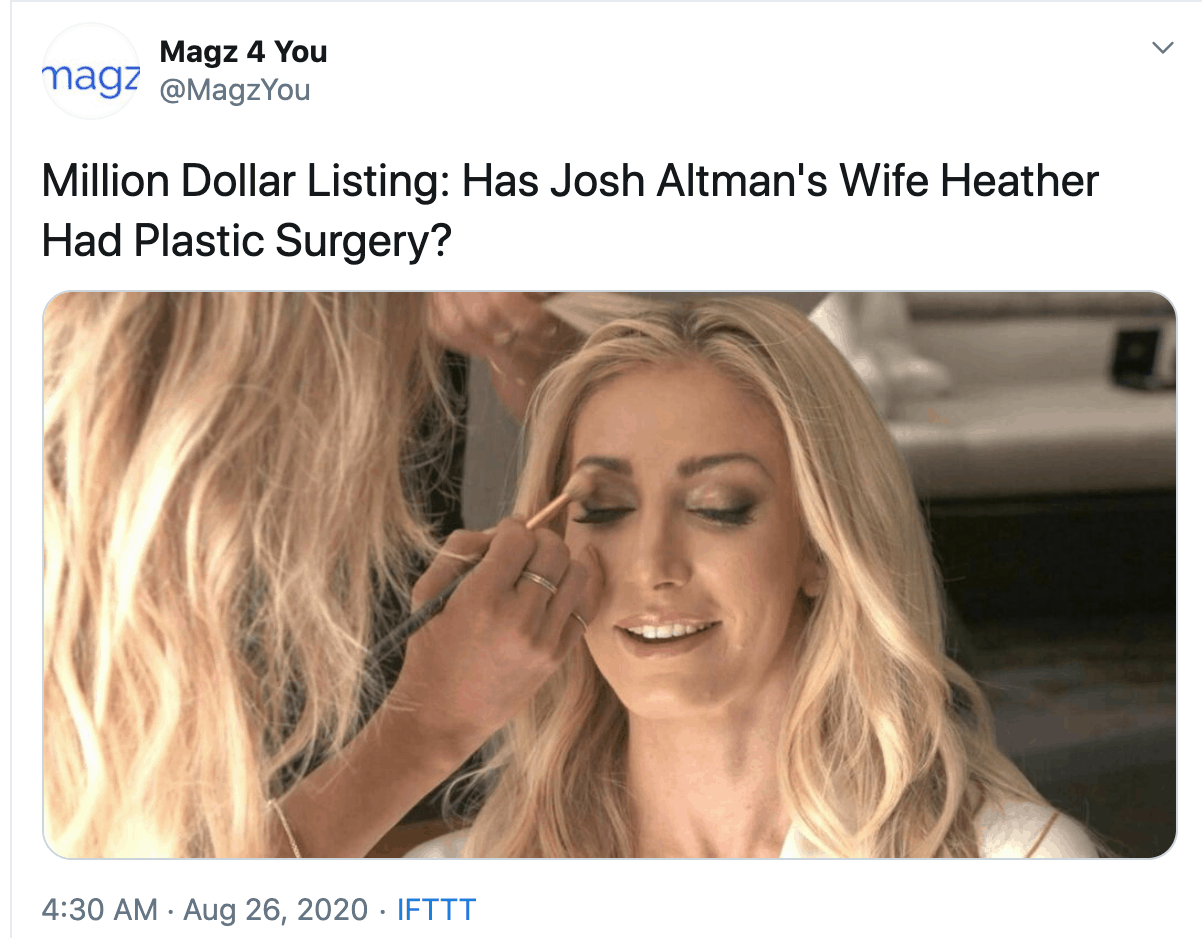 Progressively, she has obtained TV star status with an enormous social media following. So, it would be not a surprise if Heather would go with an artificial face and body transformation.   Since she is living in the world's hub for cosmetic surgery it would be odd if she hadn't explored this option.  Certainly, the competitors in ‘Selling Sunset' have all admitted to improving on nature.

Amanza Smith went on record to reveal that she had breast implants. Although Chrishell Stause has never admitted to having a cosmetic procedure on her lips, it looks like she has lip fillers and Botox.

This isn't the first time Heather has been spotlighted for changes to her appearance.   Back in 2014, there were reports of Heather going under the knife to improve her look. After making a few public appearances some of the public believed that she got thinner. From this people began to assume that she had plastic surgery. However, Heather never confirmed or denied getting plastic surgery.

But I guess, selling expensive LA property is all about the glamour, the glitz and the gossip. Why would any LA Housewive buy property from a realtor who hadn't been surgically improved?

Here in Europe, we are impressed when a realtor turns up with clean shoes and a bit of makeup.  Our property reality shows are usually about hopeful idiots who try to renovate an old building with encouragement from property “experts”.   Indeed, one of the UK's favourite shows is George Clarke's ‘Amazing Spaces' which really rams home the incredible gulf that separates our 2 great nations.     I guess that Heather Altman's disputed makeover arrived on my desk on a ‘slow news day' hopefully South Korea's KPop scene will have some fresh cosmetic surgery news tomorrow.