Cosmetic Surgery TV Shows And Why Netflix’s ‘Skin Decisions’ is A Sure-Fire Hit.

We recently featured the new Netflix show ‘Skin Decisions' on our site.  This post and a later one reviewing the content have attracted a lot of reader interest.   this is not surprising,  TV shows depicting cosmetic surgery and plastic surgery have always been popular with TV audiences.   I remember just how compelling ‘Nip Tuck' was back in the day when I binged on all the box sets.

So let us spend a few moments strolling down the ‘memory lane' of a nose jobs and boob jobs and facial reconstructions we have witnessed on our screens over the decades.

As one of the early tv programs of its kind, Extreme Makeover was met with plenty of hot debates. Critics claimed that the show put a needless emphasis on body image, and may have even resulted in a surge in eating problems.

What's more, the program highly stressed the importance of bodily appearance, and many reviews claimed that it proposed the best way to improve self-worth and happiness is via extensive surgical procedures. Despite this, a study published by professors from Rutgers-Camden and Villanova University showed that teens who watched Extreme Makeover actually viewed the program as “inspirational.”.

FX's Nip/Tuck hit the small screen in 2003, just 7 months after the debut of Extreme Makeover. The popular tv series, which finished in March of 2010, centred on the Miami-based plastic surgery centre of Drs. Sean McNamara and Christian Troy. It was particularly innovative because it displayed complete and in some cases graphic, representations of well-known plastic surgeries.

During its seven-year run, the show earned 45 awards, including a Golden Globe and an Emmy. But despite its positive critical reception in Hollywood, Nip/Tuck was not that favourably reviewed as It touched on a range of forbidden subjects, including incest, paedophilia and, of course, plastic surgery itself.  Nip/Tuck is often credited as the inspiration for several of the genre's reality counterparts.

The E! reality TV series Botched– which features celeb cosmetic surgeon Terry Dubrow and Paul Nassif, both famous for appearing as spouses of Real Housewives– may be one of the more life-like plastic surgery programmes out there. Why? The tv series shows the surgeons remedying plastic surgery operations gone wrong. For many cosmetic surgeons and researchers, this stands as a good reminder that surgery isn't always an instant fix-all.

The show is equally entertaining (it's produced for the E! network, after all) and educational. It highlights the value of going to a well-trained, board-certified cosmetic surgeon, while the show's heroes do a great job of working with perfection-obsessed patients to reach a desirable, enhanced result. 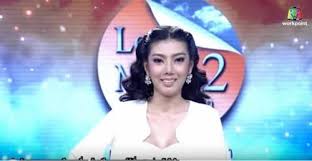 This Korean cosmetic surgery TV show was a clever play on words :

Let: is being used as the English meaning for allow or enable.

Me: comes from the Chinese characters for beautiful (美), which is pronounced like ‘me’, but does not actually mean “me.”

In: comes from the Chinese characters for person (人), which is pronounced like ‘in,’ but does not actually mean “in.”

This literally translates to “Let the Beautiful Person,” or in essence “enable the beautiful person.”

But the English title, “Let Me In” is used as a clever Konglish spin and double meaning. ‘Konglish’ are English-style words in a Korean linguistic context, so “Let Me In” can be interpreted as allowing one to participate in this makeover opportunity to become a beautiful person.

I must admit that when I first saw the title ‘et 美人 | Let Me In' I thought it was a Korean version of the vampire youth horror movie, which in a sense it was 🙂

If you’re fascinated by cosmetic surgery TV shows with plastic surgery patients who go under the knife to look like, say, Barbie or Kim Kardashian-West, then you’ll want to watch a few episodes of I Want a Famous Face. The 2004 MTV series featured young adults who underwent plastic surgery procedures to look more like celebrities — including Pamela Anderson, Jennifer Lopez, Brad Pitt and Britney Spears.

This is a scary reflection of 2020 reality where young people go to surgeons with pictures of their favourite Instagram stars and ask for the same look.  Much like people used to go to their hairstylist with a picture of Jennifer Aniston in Friends saying they wanted a ‘Rachel'.  A lot of these shows run on cable channels at weird times of day/night or you can pick up box sets of Nip Tuck at your local charity/goodwill shop or from Amazon.

Admin is Blogger David Miller FRSA. M.Sc A respected British journalist based in Helsinki Finland. David's portfolio is at http://livewire.pressfolios.com/ David is contactable via the site or at [email protected]