It is certainly no secret that Korean cosmetic surgery stands in a class of its own.  More than 30% of S.Korean women in their 20's have had plastic surgery or aesthetic work done.   Eyelids are ‘westernized' and faces are contoured.  Lipos are sucked and tummies are tucked.  Out of a thousand patients who go under the knife, about 68% do the double-eyelid surgery. It is the most popular procedure done by Koreans to achieve doll-like, bigger-looking eyes.  All this frenetic cosmetic activity is driven by a K Pop celebrity culture that recalls the Liverpool Boy Band explosion of the 1960's Beatles era.  So who are these celebrities and what have they actually had done?

Nicole Arcano did a big reveal on the Preview website which answers many of the ‘did they? didn't they?  questions that have been buzzing around the fansites over recent years.  so first we will tell you who did have the cosmetic treatment and then in a second big reveal, we will tell you who didn't have their monolids westernized!  So strap yourself in for the big Korean cosmetic surgery news.. 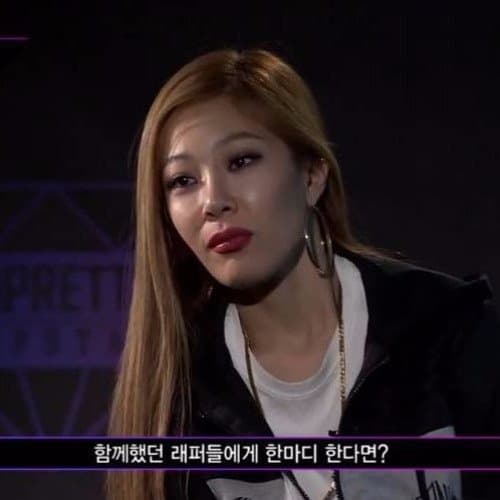 Rapper and performer of Unpretty Rapstar fame Jessi confidently discussed her plastic surgeries in an episode of Happy Together. She admitted that she underwent a breast procedure and that she doesn't get offended when people say they look “too fake.” The rapper explains, “Why do I have to hide it? I paid for it and got them done a long time ago.”

Jessi also mentioned that she had double eyelid surgery and rhinoplasty done—”Who doesn't get plastic surgery? I got my eyes and nose done. Everyone knows.”   She has some regrets it seems, but she wanted to look more photogenic.

Minzy, who was a member of girl group 2NE1, became the centre of plastic surgery rumours back in 2013. Her agency YG Entertainment denied the claims, attributing her changing appearance to age. However, Minzy eventually admitted that she had surgery done on her nose.  She apparently needed her nose adjusted for medical reasons and her mother suggested she had some plastic surgery done at the same time.  this was disputed by her management at the time who said “Minzy is getting prettier, as she turned twenty this year. She did not get plastic surgery. She simply became prettier; there is nothing more than that.”

When Park Min Young was getting widely noticed for her role in Sungkyunkwan Scandal, old school photos of her surfaced online, leading netizens to suspect that she's done plastic surgery. So, the actress made the decision to reveal that she has indeed had cosmetic work done. The actress told Sports Chosun that she had double eyelid surgery done in junior high school and got her nose done during that time because it was crooked.

Idol and MC Kwanghee is a spokesman for Korean cosmetic surgery.  He has opened up on during various TV show that he had cosmetic procedures done on his eyes, nose, chin, and forehead. In fact, in an episode of Cool Kids, it was revealed that the only part of his face that Kwanghee didn't get any work done was his cheekbones!  Well, I am sure he still has time to get other things fixed if he wants to. Kwanghee had his eyebrows micro-bladed as well and joked in the same show (My Old Little Boy) that your face “settles down” 10 years post-plastic surgery to look more natural.  I must say he looks really natural and his surgeons have done a great job for him.

During an interview for Radio Star, Narsha of the group Brown Eyed Girls said that she has “gotten much prettier and happier” after her cosmetic procedures. She said that being a celebrity obviously meant that they paid attention to their looks more and that she doesn't think plastic surgery is a bad thing.

This is ironic since her group covered Lady Gaga's ‘Poker Face' track calling it ‘Plastic Face' and in the lyrics preached self-confidence rather than cosmetic surgery.

Ok, that is top 5 reveals on Korean celebs who went under the knife.  Now here is our big reveal #2 – stars who resisted the temptation to have their eyelids westernized.

The Goblin and The King: Eternal Monarch star is one of Korea's most famous monolid beauties. In a 2016 interview, Kim Go Eun once confessed how she almost went under the scalpel before she started as an actress. She was asked if she ever felt self-conscious about her monolids and she admitted, “I thought about undergoing double eyelid surgery before my debut. I ended up not doing it, and I think I made the right decision.” She also added that she has “no plans to get eyelid surgery” and that she likes her monolids.

Kim Da Mi rose to fame after starring in Itaewon Class and making a strong impression as the feisty yet headstrong leading lady Jo Yi-seo with dip-dyed blonde locks. Just this year, the actress headlined a Cosmopolitan photoshoot for Benefit Cosmetics looking gorgeous in every angle while wearing fun makeup looks that highlight her charming monolid eyes.  Frankly, I can't imagine a sweeter look monolids or not monolids.

Esom, whomade her debut as a fashion model in 2018, has been making a name for herself as an actress with dramas such as Because This Is My First Life and   the movie Scarlet Innocence. With her height tall height and fashion. model figure, Esom continues to captivate more fans with her unique beauty and facial features, particularly her high cheekbones and monolid eyes.

So, there you have it, our big S.Korean reveal for Xmas 2020.  Korean celebs continue to fascinate us in the West with their cosmetic surgery culture and willingness to go the extra mile for the camera.   We will bring you more highlights from the Korean gossip columns next year.

PrevShe’s Got a Ticket to Rhytidectomy and She Don’t Care.
Nigerian Influencer, Nengi, Trolled for Cosmetic Surgery Comments..Next