Yay, Has Tamar Braxton Had Some Cosmetic Surgery Recently?

Tamar Braxton shared a video on her social media account and her face has some fans talking. Some say that she definitely had some work done, but others believe that she just looks different due to makeup. 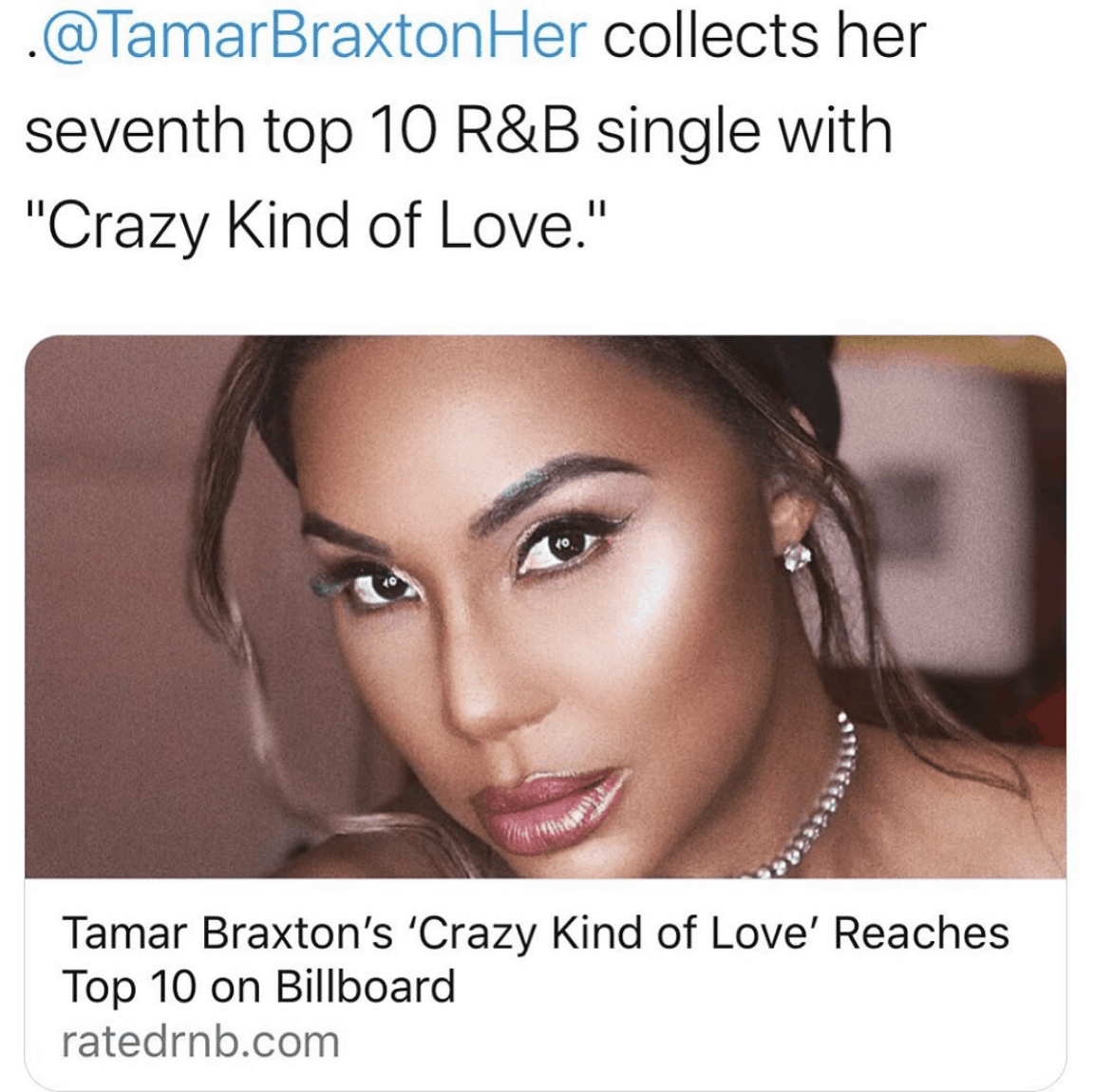 ‘Ummmm what have you done to your face? :(‘ a follower asked and started a massive debate in the comments.

Reading the latest comment in Celebrity Insider it seems there is quite a bit of discussion going on as to whether the gorgeous Tamar has been getting some ‘scalpel work'.

Someone said: ‘That ain’t makeup her cheeks aren’t moving 🤷🏾‍♀️🤷🏾‍♀️ just makes me sad I love Tamar,’ and a follower posted this message: ‘She’s definitely had some more work done, I hardly recognized her.’

Another follower posted: ‘Right…. I thought she was fine with the previous work,’ and someone else also seemed to be on the same page: ‘exactly…. I hate when celebrities don’t know when to stop, still a fan but I hope did realize she’s enough.’

A lot of diehard fans jumped in the comments to defend Tamar.

One follower said: ‘y’all realize that she’s wearing makeup on her cheeks right … she contoured her cheeks more than usual … and even if…that’s her body…her business.’

Someone else also brought up her son and said: ‘Logan has the same cheeks, I guess he’s had surgery too huh,’  – well Logan is only 7 years old but I guess a kid who had his first birthday at Disney and whose mom says she shares a lot of characteristics with him  why shouldn't he look his best ????

A commenter said: ‘yes, that indeed is makeup!! Contouring and her cheeks are moving? Yall love tearing another black woman down. Where she finds time to get her face done when there was a whole pandemic. Black women are the worst against another.’  Let's chill this – Black Cosmetic surgery matters…. especially when the lovely Tamar is in the spotlight.

Check out her latest video and see for yourself..

If any of our followers have any thoughts especially the cosmetic surgeons who read our site please leave comments below.  Or you can sweet me at @topscalpel.

Admin is Blogger David Miller FRSA. M.Sc A respected British journalist based in Helsinki Finland. David is contactable via the site or at david@dmiller.co.uk

PrevLip Augmentation in Your 20s – Is it a Good Idea?
Post Covid. We Look at the Trends in Cosmetic Surgery Markets.Next