Did Joselyn Cano’s Butt-lift Cause Her Death? 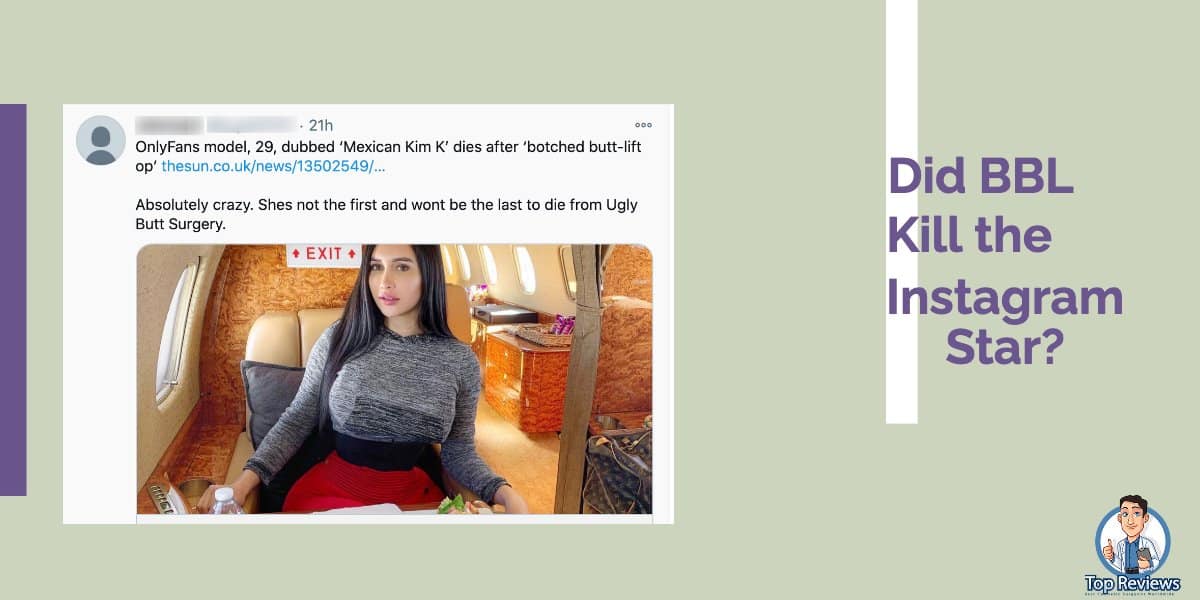 Twitter and IG were reeling this week on the news that Joselyn Cano – “The Mexican Kim Kardashian,”  died as a result of a BBL procedure in Colombia, or perhaps Peru.  The news is still a bit sketchy.  People are saying that her ‘Only Fans' page is still active so maybe she isn't dead after all? Her 13 Million IG followers are glued anxiously to their feeds as the shock of Joselyn Cano' death sinks in.

Cano's family is yet to release an official statement addressing the tragic news, but several users on Twitter have claimed that she died in Peru during a butt lift surgical procedure but others tweeters have said that the operation was in Colombia.

So, Who was Joselyn Cano?

Cano, 29, rose to social media fame on Instagram and OnlyFans by creating original content and has nearly 13 million followers on Instagram. She resided in Newport Beach, California, and studied Microbiology at San Diego State University, according to her LinkedIn profile. Cano is also known as “the Mexican Kim Kardashian” owing to her Kardashian-Esque physique.

We have always said that the famed Brazilian Butt-lift is the most dangerous of all cosmetic procedures and not to be undertaken lightly.  Perhaps the most serious, and apparently one of the most common, risks of buttock lift surgery is a fat embolism.  This occurs because a BBL procedure involves liposuctioning fat from one area and pumping it into your butt.  If this is incorrectly administered the operation can end in catastrophe.  If somebody injects the fat into the wrong place and goes deep into the muscle, then the chances of the patient getting muscle necrosis – muscle death – and fat going into the vascular system (which you can die from) are increased.

It is also worth mentioning that not all the initial improvement will stand the test of time. Your bum will be 50 to 60 per cent smaller six months after their operation. This is just a natural body process as the implant settles in. Recovery also takes patience and can be extremely painful for the first week – and not following aftercare advice can lead to results healing badly.

It is worth considering the non-surgical alternatives for improving the shape/size of your butt and we covered this in a previous post about Scupltra. But if you really do wish to go the surgical route with liposuction, then choose your surgeon carefully.  We list many great cosmetic surgeons on our site but you should check out your shortlist with care. You should not let cost be the deciding factor on this high-risk procedure.

The tragic loss of a young IG influencer rams home the dark side of the industry when social media stars push themselves and their bodies to the limits in order to attract and retain valuable followers.  It's a real pity.  One would so want this to be fake news.