Erica Lugo weighed 322 lbs. after the birth of her son but since then has lost 160 lbs. Last year, after getting injured in a car accident, she was diagnosed with stage 2 thyroid cancer, which led to surgery and radiation treatments.

Writing to her dedicated followers she said:

“I’ve spent too many years never wearing bikinis because I felt I shouldn’t,” she wrote alongside one bathing suit snap. “But ya know what? This body lost 150 lbs. This body created life. This body beat cancer. This body is working through an autoimmune disorder. This body is worthy despite society standards and my own negative self-chat and it felt good to slip on a bikini for the first time in years and truly be COMFORTABLE.” 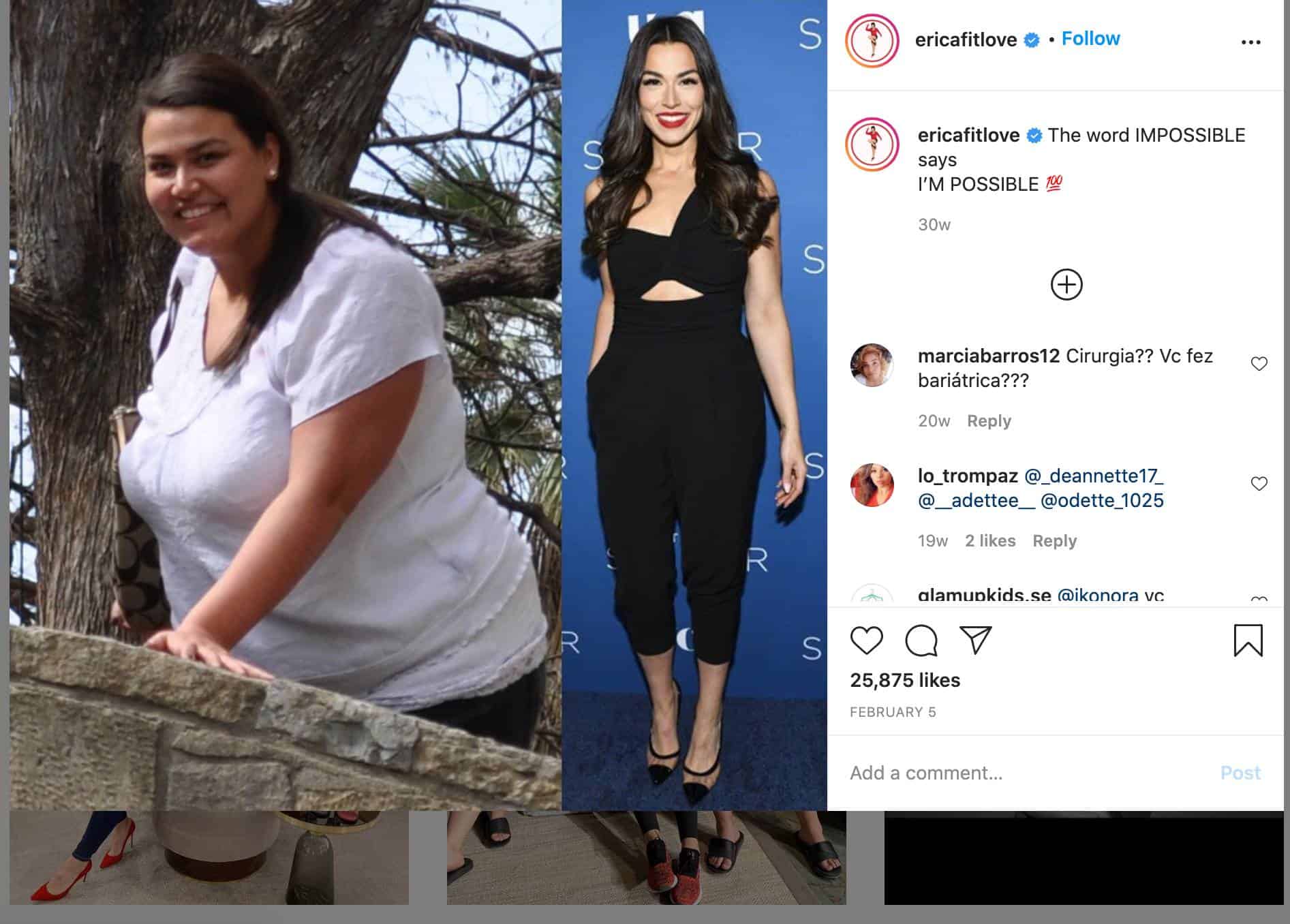 Erica is fortunate that she can allow herself the possibility of skin removal surgery.  Unfortunately, many other.candidates are unable to do so since it is not usually covered by insurance.   In the UK the NHS will often step in and provide the procedure which is a great help to British patients who have been on a massive weight loss programme. In 2016/17 just 752 abdominoplasty's (tummy tucks) were carried out on the NHS.

Steph, who's from Staffordshire, talking the BBC recently, says she approached her GP about having surgery to remove her excess skin on the NHS.

“I was told I don't fit the criteria, they're here to save lives and not get me beach-ready for the summer and I should go private.”

“Hopefully by losing all this weight I have reduced my risk of heart disease, diabetes and cancer – and in the long run I am saving the NHS money.

“I am not saying they should dish out cosmetic surgery for everyone, I think each case should be looked at individually.”

Over in California, Lugo is scheduled to undergo her skin removal surgery on Sept. 22 with Athenix Body Sculpting Institute, an accredited plastic surgery network that has locations throughout the West Coast. Additionally, Lugo wrote, “I’ll be tracking every second of this journey.  This will be something for her 650k Instagram followers to look forwards to.  I will also be following her journey and will be reporting back on the results. Lugo is an inspiration to millions with her ‘Biggest Loser Trainer' appearances on TV.